On February 27, 2020, Shaypher Lee M. Hendricks was convicted of criminally negligent homicide, driving under the influence and reckless driving in connection with a single-vehicle crash on July 12th, 2016, on Highway 18, near Milepost 3.5, north of Lincoln City, Oregon. Passenger Austin M. Mayhak (27) was found deceased in the front passenger seat of the 2016 GMC 2500 Savana cargo van. Highway 18 was closed for approximately 8 hours to clear the scene. 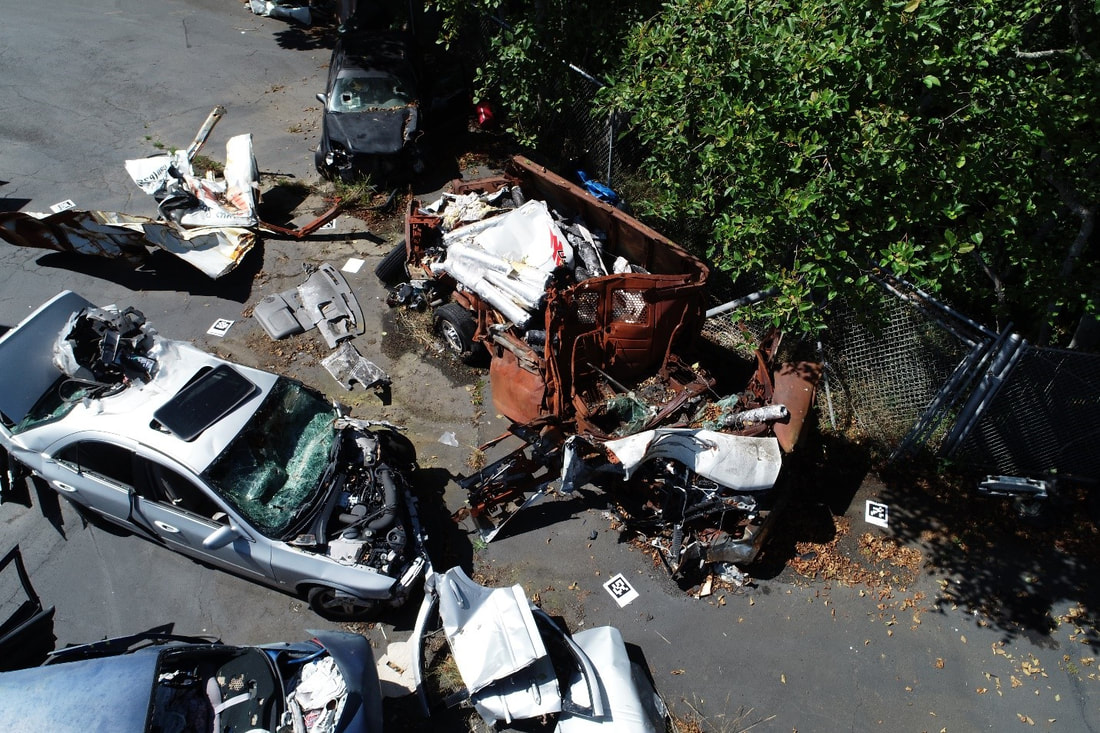 Figure 1 -- Evidence Yard (Image courtesy Oregon State Police)​
Billy Bush, a District Lead Reconstructionist for Oregon State Police’s Collision Reconstruction Unit testified at Hendricks’s trial following his investigation. The defense claimed he was the passenger in the vehicle, not the driver, and therefore was not responsible for the crash or the loss of Mayhak’s life. Three years after the incident, Bush, an ACTAR accredited Reconstructionist, reopened the investigation when the defense successfully moved to exclude the admission of expert testimony from a non-accredited CRU member who had led the investigation in 2016.

Following Bush’s investigation, the core of the prosecution’s case was showing the vehicle dynamics, occupant kinematics, and Principle Direction of Force excluded the possibility of the passenger surviving the crash. Consequently, the survivor was ultimately determined to be the driver.

Bush obtained a search warrant for the vehicle, which was kept as evidence and used a DT Research DT301X-TR tablet equipped with an Intel RealSense D415 sensor and Hemisphere GNNS sensor and running DotProduct’s Dot3D Pro software to produce a 3D point cloud of the wrecked vehicle. First, four AprilTags were positioned around the vehicle and their centers were surveyed with centimeter grade accuracy using the Hemisphere dual-frequency GNSS sensor onboard the tablet running Leica Evidence Recorder software. The AprilTag coordinates were then imported to DotProduct Dot3D Pro for post-processing of the point clouds collected with Dot3D Pro using the RealSense D415 sensor. According to Bush, it would have been impossible to use a tripod laser scanner effectively for the data collection because of the proximity of nearby vehicles and obstacles in the evidence yard. Storage space is at a premium and vehicles are stacked close together. 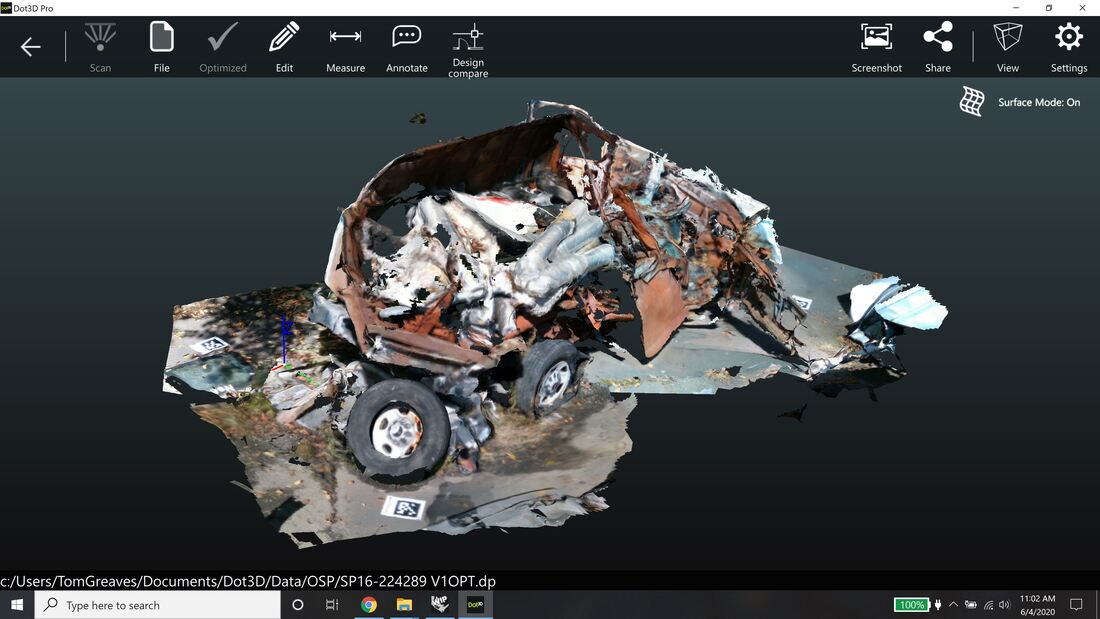 Herein lies the power of point clouds for crash reconstruction. The reconstructionist can bring the vehicle to the jury and show it from any point of view. Often it is not practical to take the jury to the crash scene or the evidence yard and even more challenging to show jurors the evidence from the same point of view. Photographs and video presentations are necessarily limited to the point of view of the camera at the time the images are collected. Viewing the data from the top of the vehicle, for example, would not be possible with photographs unless the scene photographer had thought to photograph from that vantage point. The interpretation of point clouds can be restricted to real-world measurements, unlike animations. In this trial, while the judge excluded IIHS videos showing exemplar crashes, he admitted the Dot3D vehicle point cloud after defense objections were met with responses further establishing its scientific foundation.

Of course, the defense also has to have access to the data without the burden of having to purchase expensive proprietary software. Standard operating procedure for the Oregon State Police is to provide industry-standard outputs including PTS, LAS, LAZ and E57 files, all of which can be exported directly from Dot3D. OSP also provided the defense the DotProduct binary .dp file and link to the company’s free viewer. According to Bush, this standard operating procedure more than satisfies discovery requirements.
More Information
More information about the incident can be obtained for a modest fee from the Oregon State Police Central Records Section citing OSP Case# SPI6 224289.
ACSR 2018, Tacoma Washington – Birthplace of a New Scanner
At the 2018 Association for Crime Scene Reconstruction annual meeting in Tacoma, WA, I met up with Mario Gosalvez from DT Research and Stewart Snider from Kuker-Ranken, Inc., one of the conference exhibitors. There we began a conversation about the benefits of embedding the Intel RealSense D415 camera on a ruggedized tablet together with an RTK capable GNSS sensor. The idea was to create a solution to produce georeferenced point clouds in the field.

We subsequently learned that OSP Reconstructionist Billy Bush had been in discussions with DT Research reseller Kuker Ranken about his research using an externally mounted Intel RealSense D415 sensor on the tablet.  From these good ideas and a short eighteen months of development, the product was born and some of the first units went to the Oregon State Police. We note that this complementary combination of technology that helped lead to the conviction of Hendricks did not exist when Hendricks committed his crimes.

About DotProduct LLC
DotProduct LLC is a software company specializing in providing handheld 3D scanning solutions. Headquartered in Boston, the company has a development office in Wiesbaden, Germany. The company was founded in 2013 and released its first product in August 2013. DotProduct sells its products directly and through a worldwide network of resellers and has integrated its software solution with more than 30 third-party software developers including Leica Geosystems, Autodesk, Trimble, Bentley, and Robert McNeel & Associates.